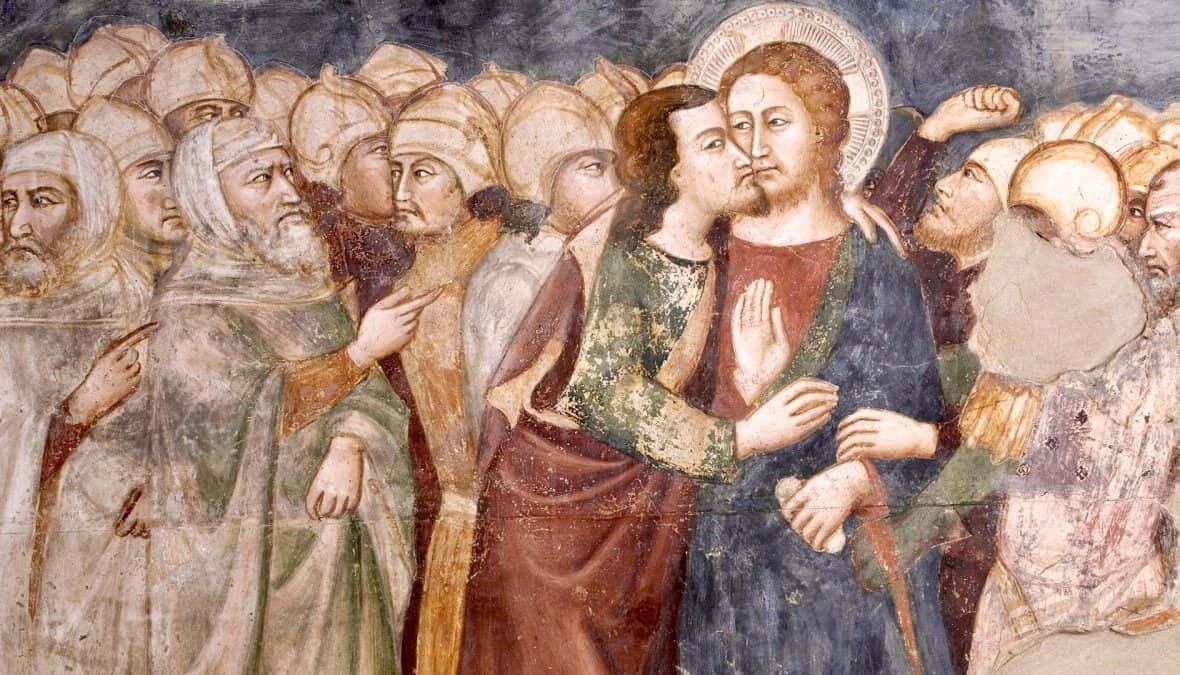 Welcome to a new episode of Three Chords and the Truth: The Apologetics Podcast! One of the most difficult dilemmas in the entire Bible has to do with how Judas Iscariot actually died. According to Matthew’s Gospel, Judas Iscariot hanged himself, and priests purchased the field where he died for 30 pieces of silver. But, according to the book of Acts, Judas fell headfirst in a field that he had acquired and his intestines burst out. So which is it, and what does this mean for how we read the New Testament? Today, in the Three Chords segment of the program, Dr. Robert Plummer joins Timothy and Garrick to discuss the fate of Judas Iscariot. In the Truth segment, your intrepid cohosts discuss a Christian theology of death by examining “(Don’t Fear) The Reaper” by the Blue Öyster Cult–which leads to profound discussions about the Milford Oyster Festival in Milford, Connecticut, and whether Eddie Money is still alive. This week’s question from the Infinity Gauntlet places the two greatest comic-book movie trilogies ever—DC’s Dark Knight trilogy and MCU’s Captain America trilogy—in the ring to face each other in a battle to the death.

Robert Plummer, Ph.D., is professor of New Testament interpretation at The Southern Baptist Theological Seminary and host of the Daily Dose of Greek screencast. He is the author or editor of several books, including Going Deeper with New Testament Greek (B&H, 2016) and 40 Questions about Interpreting the Bible (Kregel, 2010). Follow Dr. Plummer on Twitter at @dailygreek.

Questions to Discuss about Judas Iscariot

1. According to Matthew 27, Judas hanged himself; in Acts 1, he fell headfirst and his intestines burst out. How did Judas actually die? By falling or by hanging?

3. There is another account of the death of Judas that comes from an individual named Papias, who was a leader in the second-century. Papias collected stories about Jesus.Papias collected stories about Jesus. According to his account, Judas was cut down and somehow was run over by a wagon. Should these words from Papias have any impact on the way we approach this apparent discrepancy?

If you want to dig deeper into the historical integrity of the New Testament, one great place to start is In Defense of the Bible, edited by Terry Wilder and Steven Cowan. To download a sample chapter, visit http://www.bhacademic.com

40 Questions about Interpreting the Bible: book by Robert Plummer

The Pornography of Death: article by Matthew McCullough

Swimming in a Sea of Death: book by David Rieff

The Myth of Sisyphus: novel by Albert Camus

The Wreck of the Edmund Fitzgerald: song by Gordon Lightfoot

I Wanna Go Back: song by Eddie Money

1. Subscribe to Three Chords and the Truth: The Apologetics Podcast (Apple / Android / RSS).

Brief excerpts of music played in the second half of each program are included solely for the purposes of comment and critique as allowed under the fair-use provision of U.S. copyright law. “The fair use of a copyrighted work … for purposes such as criticism, comment, news reporting, teaching, … scholarship, or research, is not an infringement of copyright” (U.S. Code § 107, Limitations on exclusive rights: Fair use).