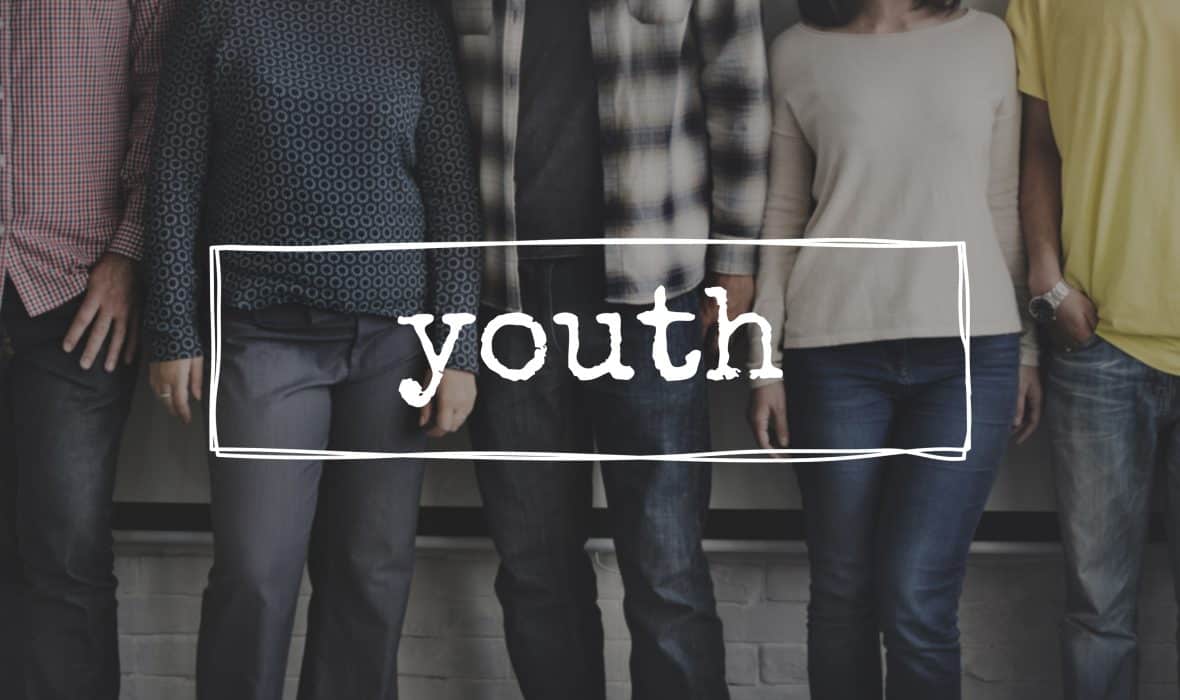 “This is Wednesday night youth group. We don’t do Bibles here.”

After six years as a pastor, perhaps my life had grown too predictable. For reasons that weren’t readily apparent at the time, God had moved me from the pastorate to youth ministry. It wasn’t quite the move I had anticipated. Yet it was, without any doubt, God’s direction. I was confident that I would do well being trained in the latest methods of Christian education that led to my master’s in divinity.

A few months later, a mid-sized congregation near Tulsa, Oklahoma called me as their youth minister. I moved from proclaiming the Scriptures from the pulpit each Sunday morning to routing hormonally charged couples out of closets during lock-ins, coming up with mathematical formulas for how many middle-schoolers it takes to consume a medium-sized pizza, and explaining to the maintenance committee how the moshing that resulted in a six-foot hole in the sheetrock really was congruent with the church’s overall ministry strategy.

It was a promising position. The youth had their own activities, separate from the rest of the congregation, and the church budget provided funds to support these activities. The church was in the process of building an exclusive domain for the youth in an upper floor of the family life center so that neither youth nor adults disturbed one another.

On my first Wednesday evening at the church, I received my first hint that this task might be more difficult than I’d imagined. After a couple of games, I gathered the students for some high-energy worship songs. Worship didn’t seem to be part of what they expected, but I persisted anyway. At the end of the musical set, I leaned my guitar against an amplifier, lifted my Bible over my head, and asked, “How many of you brought your Bibles?”

At first no one responded. And that’s when he said it.

A senior in high school, a five-year veteran of this particular youth group.

“This is Wednesday night youth group. We don’t do Bibles here,” he said. “And we don’t come here to sing either. We’re here to have fun.”

In the silence that followed his statement, my first thought was simply, God, what am I going to do?

“We’re Here to Have Fun”

That question would wend its way through my mind many more times in the upcoming months. Over the next few weeks, I persisted in my focus, and I discovered that this high-school senior wasn’t alone in his motivations for attending youth events. Numbers plunged into the low double digits. Parents complained to the pastor that their children weren’t having enough fun. Church members who were unaware that the previous minister’s weekly program mostly consisted of an hour of games, horseplay, and occasional hazing with a devotional tacked at the end, wondered why youth attendance on Wednesdays hadn’t spiraled into the seventies and beyond.

What’s worse, it wasn’t only on Wednesdays that fewer youth were showing up. The previous youth minister provided pizza and games after church nearly every Sunday evening. Wanting to train students in spiritual disciplines, I plugged a Bible study into that time slot. Only a couple of students were willing to engage in such an endeavor, despite the food and snacks that my wife and I prepared each week. Once the students discovered I didn’t plan to sponsor such a free-for-all fun event every Sunday night, youth attendance plummeted on Sundays, too.

I spent most of that first year torn between the conflicting expectations of the pastor, parents, students, and my own conscience. The pastor wanted greater numbers of youth and peace with the parents of these youth. The youth wanted a constant string of entertaining events. The parents wanted entertaining events too, but they also expected these activities, in some inexplicable way, to result in their children’s eventual spiritual maturity. It seemed as if, from the perspective of these parents, I was a professional provider of goods whom they had hired for the tasks of discipling and entertaining their children.

For a while I remained passionate about my perceived responsibility to serve as the professional disciple-maker in these students’ lives. Then, after a few months of frustration, I just wanted out. I tried to quit perhaps a half-dozen times during the first couple of years. I searched for other positions, but God persisted in interrupting every escape route. So I stuck it out, torn amid conflicting expectations that I could not seem to fulfill.

Near the end of my first year, I turned toward the heavens and raised a white flag of surrender. Maybe, I concluded, I’m just not cut out for this ministry; but, God, until you move me, I will do my best to do it well. No matter what, I will work my hardest to do in this place whatever it is that you want me to do.

The student ministry did seem to improve during my second year. I established relationships with the administrators in a nearby public school and led many middle-schoolers to commit their lives to Christ. The youth group grew not in leaps and bounds but in a steady and sustained way. From the perspective of my congregation and other nearby churches, I seemed to be building a successful student ministry. Growth was happening more slowly than the congregation had hoped, but it was happening.

And still something wasn’t quite right.

In the first place, so much of the student ministry seemed to center on my capacities to disciple the youth. At first this felt quite pleasant. After all, when students had needs, many of them came to me first, even before they went to their parents. Yet, as the youth group continued to grow, I quickly discovered that I could not sustain the spiritual lives of this many students. There was also the fact that the fragmentation in so many students’ families overwhelmed our efforts to effect transformation in the students’ lives. And then there was the way the youth identified anything involving the adults of the church as “boring.” My first response was to create youth-focused alternatives to every adult activity, but somehow this didn’t draw the students to deeper commitment. In fact, it actually seemed to fuel their immaturity.

Over time I began to see that the problems ran deeper than the spiritual immaturity of this particular group of youth. The difficulties ran even deeper than my immaturity—though, admittedly, that was an issue as well. The problems had to do with how I and the church envisioned and defined successful student ministry.

That’s when I began to ask some painful questions about student ministry that my classes in Christian education and church leadership had not equipped me to answer. What if, I wondered, this separation between students and adults—something that I was trained to see as a solution—has actually been part of the problem? What if God never intended youth ministry staff members to become the primary sustainers of students’ spiritual lives? What if something is profoundly wrong with the entire way the church has structured ministries to youth and children? What if the reason so many ministers are bordering on burnout is because our ministry models are fundamentally flawed?

To learn more about the relationship between youth ministry and family ministry, take a look at the latest edition of Perspectives on Family Ministry.