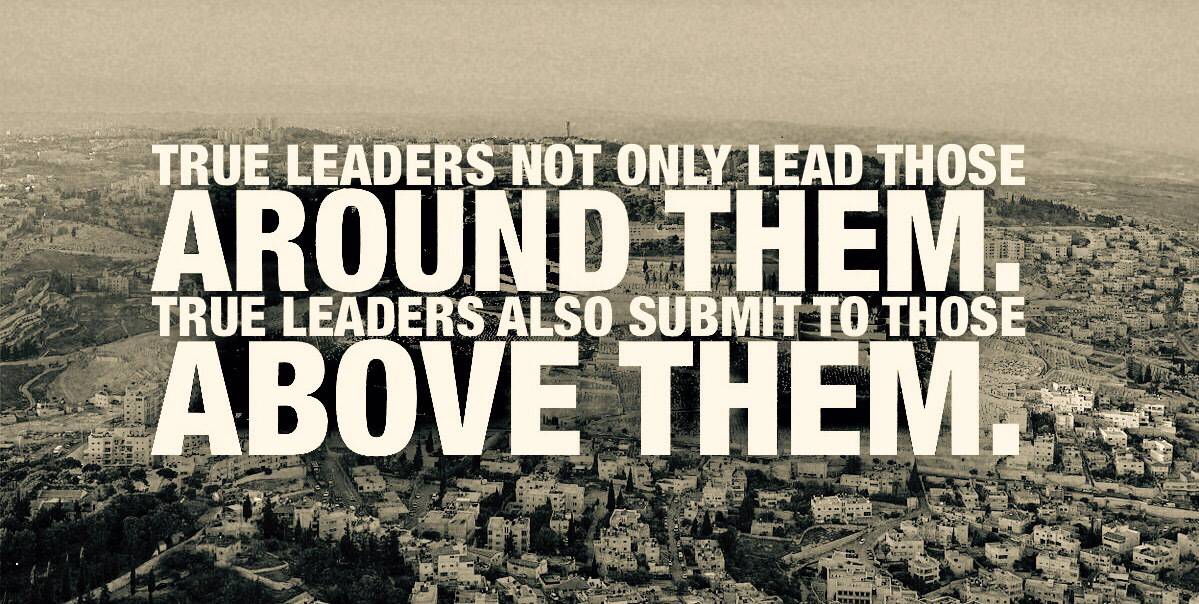 This post on suffering and submission in leadership was written with Michael Wilder and is excerpted from our book The God Who Goes Before You: Pastoral Leadership as Christ-Centered Followership. You can order the book here.

After a meal with his disciples in the upper room, Jesus made his way to a familiar place (John 18:2) on the western face of the Mount of Olives. His intention was to spend time in prayer. Jesus chose to spend his final hours before facing the cross in fellowship with his Father. Jesus was “distressed”—”horrified,” “dismayed,” even “terrified”—as he approached this moment (Mark 14:33). “My soul is very sorrowful, even to death,” he said to his disciples. “Remain here, and watch with me” (Matthew 27:38).

Jesus, the Suffering and Submitted Shepherd

It was not death itself that troubled Jesus. What seems to have troubled him was the forsakenness he would experience as he suffered and died. His eternal fellowship with the Father would be torn for a time as the Son endured infinite forsakenness and wrath. It was only in connection with this suffering that the Gospel writers described Jesus as sorrowful in his soul (Matthew 27:38; John 12:27). Jesus was distressed because God the Father was about to make “him to be sin who knew no sin, so that in him we might become the righteousness of God” (2 Corinthians 5:21). The weight of the world’s sin would be upon him, and the Father would unleash his righteous rage against the sin of the world.

Jesus invited the future leaders of his church to be part of these final moments with his Father before the cross: “Remain here, and watch with me” (Matthew 26:38). Then, “going a little farther he fell on his face and prayed, saying, ‘My Father, if it be possible, let this cup pass from me; nevertheless, not as I will, but as you will’” (Matthew 26:39).

Notice both the posture and the content of his prayer. Falling on his face, Jesus took the lowliest possible posture. In so doing, he acknowledged the Father’s authority and expressed his own submission. Only in this context in all of Scripture are we told that Jesus prostrated himself in prayer.

Jesus and the Disposition toward Submission

Jesus began his prayer with the words “my Father,” expressing the intimacy of his relationship with his heavenly Father. “If it be possible,” he said, “let this cup pass from me” (Matthew 26:39). Then, he expressed a truth that must be central in every Christian leader’s vocabulary: “nevertheless, not as I will, but as you will.” In his second and third prayers, Jesus more explicitly acknowledged that the cross was indeed his Father’s will. He recognized the pain but still submitted to the plan.

Imagine this garden scene as it is played out. Jesus has predicted his death and Peter’s denial, then he proceeds with a troubled soul to a familiar place with three of his closest friends. He invites them to pray as well, then he lays flat with his face buried in the dirt and begins to speak: “My Father, if it be possible, let this cup pass from me; nevertheless, not as I will, but as you will. … My Father, if this cannot pass unless I drink it, your will be done” (Matthew 26:39).

The lessons learned in that garden that night for the disciples must have been priceless. They saw their dear friend, Savior, and Lord in agony, yet they also saw him submitting willfully to his Father’s will for his Father’s glory. They learned that day what it means to follow God and to lead his people. They learned that followership requires submission to the Father’s will. The disciples glimpsed in Christ a disposition toward submission. Jesus was present among his people as their brother, submitting alongside them to the same Father (Hebrews 2:11).

Strong Leadership and Humble Submission Are Not a Contradiction

But the lessons the disciples learned ran deeper than this disposition toward submission.

They also saw the stark contrast between Simon Peter’s arrogant assertions of strength (Matthew 26:34-35) and their Savior’s admission of his frailty. The pleas of Jesus that night were real, and filled with emotion. Jesus did not hide his troubled spirit from his closest followers. Instead, he invited them to join him. This scene in the garden challenges leaders in the church today to consider their disposition toward submission, their willingness to be honest about their frailty, and their deep need for strength not only from God himself but also from God’s people.

Think About Leadership:
Jesus was a strong leader who lived with a disposition toward submission. Why do we so rarely think of “leadership” and “submission” together today? In what specific ways should a leader be “the lead submitter”?