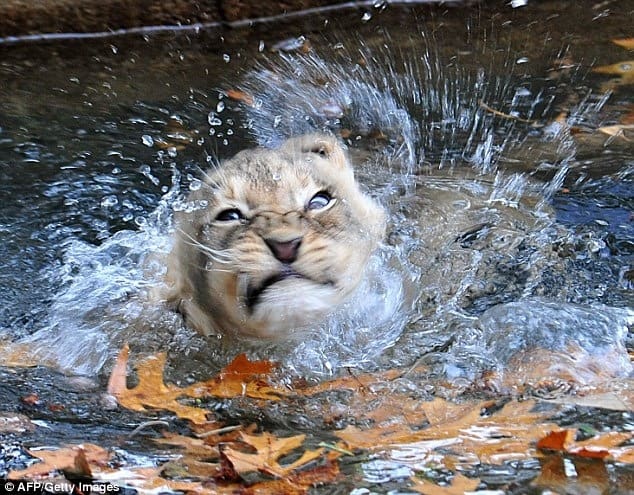 From the first century forward, Christians viewed testimony that could be connected to eyewitnesses of Jesus as uniquely authoritative. The logic of this standard was simple: The people most likely to know the truth about Jesus were either eyewitnesses who had encountered Jesus personally or close associates of these witnesses. So, although Christians wrangled for some time about the authority of certain writings, it was something far greater than political machinations that drove these decisions. Their goal was to determine which books could be clearly connected to eyewitnesses of Jesus.

With this in mind, let’s look at a couple of real-life examples of how some writings ended up excluded from the churches’ collections of authoritative books.

:: The Gospel of the Talking Cross ::

In 199 A.D., a pastor named Serapion became the lead pastor of the leading church in Syria, the church in Antioch. As the leading pastor in Antioch, Serapion was responsible not only for his own church but also for several smaller congregations in the area. One of these congregations gathered in the village of Rhossus.

Within a few months, Serapion heard rumors that the church in Rhossus was on the verge of a rift. So, Serapion found himself trudging the stony coastal road that took him north of Antioch, toward Rhossus.

When he arrived in Rhossus, he discovered that some church members had problems with a Gospel that was “inscribed with Peter’s name.” When he heard this, Serapion replied, “If that’s all that threatens to produce hard feelings among you, let it be read.” After all, if this retelling of Jesus’ ministry came from Simon Peter, surely it represented eyewitness testimony!

But the authority of this text wasn’t nearly as clear-cut as Serapion thought.

Some time later, someone brought the pastor a copy of this so-called Gospel of Peter. When Serapion read the codex for himself, he recognized he’d made a mistake. Sure, most of Gospel of Peter reflected the same stories as the other writings in the church’s book-chest. In fact, very little in the surviving manuscripts of Gospel of Peter directly contradicts anything in the New Testament Gospels. And yet, Serapion saw that this book was clearly not the product of Simon Peter’s preaching. There were hints in Gospel of Peter of the beginnings of a belief known as “Docetism” that hadn’t even emerged until a couple of decades after Peter’s death. This belief—named from the Greek word dokein (“to seem”)—claimed that Jesus wasn’t truly human; instead, Jesus only seemed human.

The oddest twist in Gospel of Peter is when Jesus erupts from the tomb. In the soldiers’ eyes, Jesus seems as tall as the sky, and, behind Jesus, they glimpse what looks like a massive cross. A voice thunders from heaven, “Have you proclaimed to those that are asleep?” To this, the cross replies, “Yes.”

After reading Gospel of Peter, Serapion dashed off a letter to the church in Rhossus, reversing his previous decision and declaring, “I am hurrying to see you; expect to see me shortly. … Most things [in this Gospel] are from the Savior’s right word, but some things are false—and these we will point out for you.”

So, why did Serapion of Antioch reject Gospel of Peter? Serapion had in his possession the testimony of eyewitnesses “in the writings handed down to us.” These writings most likely included the letters of Paul and one or more of the four New Testament Gospels—documents that strong and unbroken oral histories had long linked them to eyewitnesses or close associates of eyewitnesses. Faced with a writing that claimed to come from Simon Peter, Serapion compared its teachings with these “writings handed down to us” and found inconsistencies between Gospel of Peter and “the Savior’s right word.” As a result, Serapion reached the logical conclusion that Simon Peter—an eyewitness of Jesus, according to the testimony Paul’s letters, the earliest Gospels, and even texts outside the New Testament—couldn’t have been the source of the so-called Gospel of Peter. Serapion’s goal was the same as other believers scattered throughout the world: He wanted to preserve eyewitness testimony about Jesus. When he examined Gospel of Peter, his conclusion was that, because this disputed document was inconsistent with undisputed eyewitness testimonies, Gospel of Peter didn’t reliably represent eyewitness testimony.

As it turns out, Serapion was correct: The language and thought-patterns in Gospel of Peter have convinced most contemporary scholars that the book was written in the first half of the second century—a generation after Peter’s death, at a time when the Docetist heresy was spreading.

Despite Serapion’s rejection of the book, Gospel of Peter remained popular reading among Christians for several centuries. In fact, more ancient fragments remain from Gospel of Peter than from the Gospel According to Mark. Still, only the scantest evidence exists to suggest that, except for those few months in the church at Rhossus, Gospel of Peter was ever considered an authoritative account of Jesus’ life.

:: How Love for Paul Cost an Elder His Ordination ::

About the same time that Serapion was examining Gospel of Peter, an argument about baptism erupted in a congregation in North Africa. A few church members appealed to a writing known as Acts of Paul—a document that some Christians seem to have accepted as authoritative. Acts of Paul is a fascinating text. According to this document, being a Christian includes not only faith in Jesus but also abstinence from sexual relations. Plus, partway through Acts of Paul, the apostle Paul baptizes a lion.

It was an elder named Tertullian of Carthage who related some of the reasons why Acts of Paul never became an authoritative text. When Tertullian heard that some church members were appealing to Acts of Paul, he seems to have did some research into the book’s origins. In the process, he dug up several facts that cast doubt on the book’s dependability.

What Tertullian discovered was that the author of Acts of Paul was neither an apostle nor acquainted with any apostles. The author had served as an elder in a church in Asia a half-century after Paul’s martyrdom. When questioned, the elder admitted that he had concocted the stories “out of love for Paul.” Once churches in the area learned that these stories were fictional, they forced the elder to step down from his position. This rightly led Tertullian to reject Acts of Paul as “a writing that circulates falsely under Paul’s name.”

What interests me most about the events surrounding is how much early Christians wanted to make certain that their authoritative writings represented historical truth. It truly mattered to these men and women that historical facts formed the foundations of their sacred books. If second-century Christians weren’t concerned with preserving eyewitness truth, why did this elder—who most likely wanted nothing more than to honor Paul’s memory with a few super-fantastic tales—end up shamed and stripped of his ordination?

So what do these texts tell us about why certain ancient texts became authoritative among Christians? Even among the earliest Christians, testimony that could be connected to eyewitnesses of the risen Lord was uniquely authoritative. That’s why the supposed “lost Scriptures” were lost—or, more precisely, why they were not preserved with the writings that appear in your New Testament today.

Not only Gospel of Peter but also other post-apostolic accounts of the life and teachings of Jesus—Gospel of Judas, Gospel of Mary, Gospel of Philip, Gospel of the Egyptians, Gospel of the Savior, Gospel of Truth, and several others—emerged in the second and third centuries, long after the last apostles died. It’s true that some portions of Gospel of Peter as well as Gospel of Thomas—another second-century Gospel that’s falsely ascribed to an apostle—probably stem from very early testimony about Jesus. But these few first-century traditions have been heavily mingled with second-century additions that had no foundation in any eyewitness testimony.

In most cases, early Christians knew that these documents came too late to represent eyewitness testimony about Jesus. So, the primary preservers of these later texts were sects—such as the Gnostics—that focused more on mystical interpretations of Jesus’ teachings than on the historical events of Jesus’ life.

:: Why You Shouldn’t Shoot the Canon Quite Yet ::

I don’t want to leave you with the false impression that Christians quickly and easily settled every debate about their sacred writings. Prior to the fifth century, when different congregations listed the writings that they treated as authoritative testimony about Jesus, the results were rarely identical.

Yet, before you become too concerned with what might be different if early Christians had concluded that your favorite book of the New Testament didn’t qualify, consider carefully the overwhelming degree of agreement between every early listing of authoritative texts.

At least as early as the second century A.D., there were at least nineteen texts that were never questioned—and these are writings that reflect the most essential truths about Jesus. From the very beginning, Christians embraced the four Gospels, Acts, the letters of Paul, and at least one letter from John. Even if this score or so of books had been the only documents that represented eyewitness testimony about Jesus, every vital truth of Christian faith would remain completely intact.

Arguments about a few writings—including the letters of Peter, John’s second and third letters, the letters of James and Jude, and Revelation—did persist beyond the second century. By the closing years of the fourth century, Christians were arriving at widespread agreement concerning twenty-seven books—writings that were based on eyewitness testimony about Jesus. The letter of Athanasius in 367 A.D. reflected this consensus.

Many years did pass between the days of the apostles and the time when Christians agreed concerning every New Testament text. And, yet, a definite standard directed this process—a conviction that these writings must be rooted in reliable, eyewitness testimony. What’s more, despite continuing disagreements about a few writings, strong agreement on twenty or so texts existed at least as early as the second century. As a result, there’s every reason to believe that the testimony you find in your New Testament came from men and women who personally followed Jesus and who passed on their experiences to generations yet to come.
_________

For references to quotations and for more information on the authenticity of the New Testament texts, see my book Misquoting Truth.