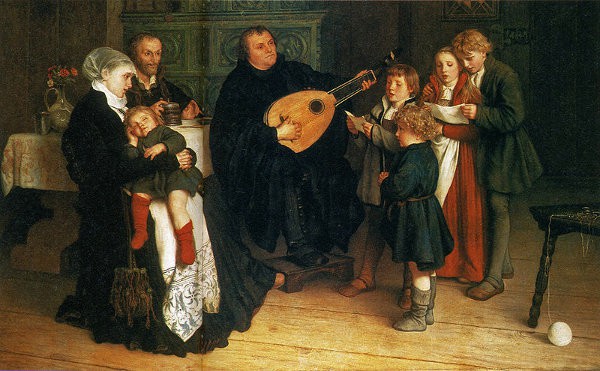 With the dawning of imperial favor in the early fourth century and the crumbling of the Roman Empire in the fifth, the primary locus of Christian practice drifted from homes to dedicated institutional structures. Especially in the early Middle Ages, there appears to have been a loss of the ancient model for discipleship in families. Generations grew less literate, and training in Christian traditions increasingly became the domain of professional clergy in ecclesiastical institutions. In the latter centuries of the medieval era, church leaders called anew on clergy as well as fathers and mothers to embrace more active roles in the Christian training of children; this training consisted primarily of memorizing prayers, creeds, and the Commandments. Prayer primers and catechetical books even became available to assist parents. However, feudal responsibilities frequently removed fathers from their families for long periods of time, especially in noble households. Even when children did learn commandments, creeds, catechisms, and prayers in their homes, the instructors were often mothers or perhaps godparents rather than fathers. Recognizing this movement away from previous practices, sixteenth-century leaders of the Reformation called fathers to recommence their role as primary faith-trainers in their children’s lives. According to Martin Luther,

If we would re-instate Christianity in its former glory, we must improve and elevate the children, as it was done in the days of old. … It is the chief duty of the father of a family, to bestow more, greater, more constant care upon the soul  of his child than upon his body—for this is his own flesh, but the child’s soul is a precious jewel, which God has entrusted to his keeping.

Such a model for family ministry did not, however, exclude the possibility of age-organized classes for the discipleship of children, at least among the English Reformers. The 1549 Book of Common Prayer required pastors to spend one half-hour on Sunday afternoons, at least once every six weeks, instructing children in the Apostles’ Creed, the Lord’s Prayer, and the Ten Commandments. By 1552, this had become a weekly pastoral responsibility.