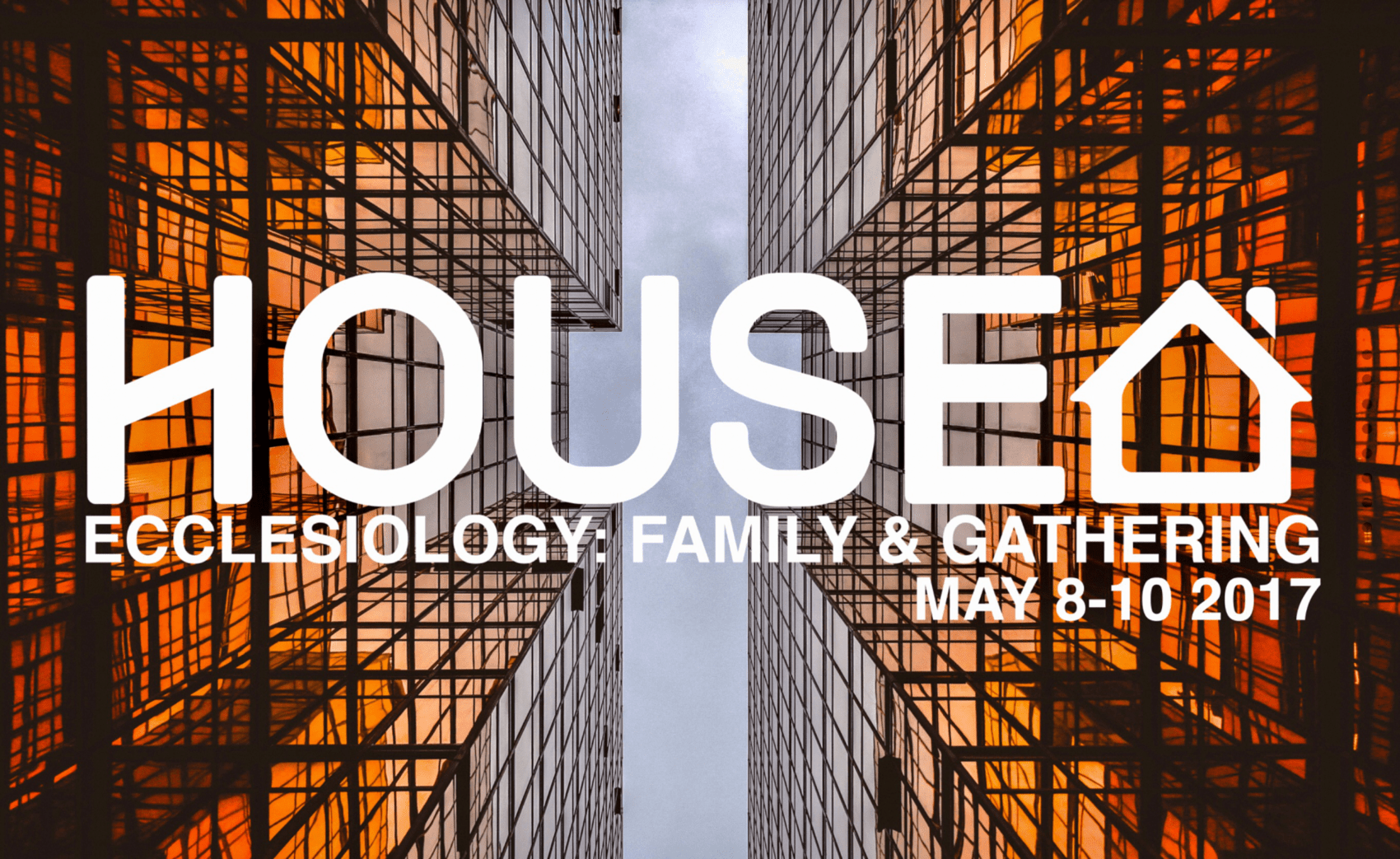 I delivered this paper on an expanded definition for family ministry in May 2017 at the HOUSE Conference in Australia, a conference sponsored by YouthWorks and themed around the intersection between family ministry and ecclesiology. This post is the third part of a three-part series.

A RENEWAL OF INTEREST IN INTERGENERATIONAL MINISTRY? YES AND NO

In the late twentieth and early twenty-first centuries, church leaders from a broad range of ecclesial backgrounds began to question the assumption that discipleship occurs most effectively when it is segmented generationally. In 1988, Roman Catholic educator James William White published an influential text calling for intergenerational religious education. Lutheran educator Ben Freudenburg called for youth ministries to provide three types of programming: home-centered, peer-centered, and intergenerational. Presbyterian youth minister Mark DeVries presented a “smorgasbord of ideas to equip parents and to create intentional intergenerational connections between youth and adults” in his book Family-Based Youth Ministry. The Search Institute even developed a survey to assess the intergenerational health of congregations. And yet, as the family ministry movement has grown, the parent-equipping component has tended to eclipse the forging of intergenerational connections, particularly in evangelical contexts. The intergenerational aspect of church-as-family has been overshadowed in practice by the dynamic of family-as-church.

Why is it that parent-equipping tends to eclipse intergenerational ministry in churches? This trend is probably too recent and too tenuous to suggest any sort of final answer. I would, however, propose two possibilities:

Building intergenerational connections and congregational diversity does not, in my estimation, require the elimination of age-organized activities or generational specializations. What a thoroughgoing church-as-family ministry does call for is the development of a church culture in which segmentation and specialization become exceptional instead of assumed. That is to say, segmented or specialized ministries and activities occur on particular occasions for clearly-defined purposes, but the typical pattern of ministry is multi-generational. In such a culture, the congregation would “do only those things in separate groups which we cannot in all conscience do together. … An intergenerational component [would] be conceived as normative.”

So how might a church move toward a culture in which segmentation and specialization become the exception?

In these concluding paragraphs, I will sketch three particular shifts that I have seen congregations undertake to move toward a culture that perceives more diverse ministry as normative. I will then conclude with a revised definition for family ministry that takes into account the biblical vision of a church family that is characterized not only by parental discipleship but also by ethnic, socioeconomic, and generational diversity.

When discipleship occurs primarily in age-organized contexts, few opportunities exist for children and youth to develop meaningful relationships with older Christians. As a result, the youth become more connected to their peers—who are likely to scatter after high school graduation—than to church members who will be present and available for decades to come. And yet, according to research completed in 2010, the most significant factor in whether or not a young person retains his or her faith is whether that individual has developed a meaningful relationship with an older Christian.

Without intergenerational ministry, students are likely to become more closely connected to those who will scatter—their peers—than to those who will stay. One way to launch a cultural shift toward intergenerationality is by creating opportunities for children or youth to serve alongside senior adults. This might entail integrating the generations on a mission trip or local service project, organizing volunteers into intergenerational teams with tasks that require them to work together. Youth-only mission trips can metamorphose into multi-generational mission opportunities, and the relationships that develop during these opportunities can cultivate a culture of generational diversity. Another component of this process might be to shift worship services—gradually, if necessary—away from centeredness on musical style or generational homogeneity and toward centeredness on intergenerational sharing in the proclamation of Christ in the Word and the presence of Christ in the sacraments.

(2) What if we moved away from attempting to attract unbelievers to a homogeneous community and moved toward proclaiming the power of the gospel to create a diverse community?

“You must no longer walk as the Gentiles do,” Paul declared to a congregation of believers that had grown to include both Jews and non-Jews, “in the emptiness of their mind” (Ephesians 4:17). And what was the empty futility that marked the minds of nations among whom the Ephesians Christians lived? It was a darkened perception of reality, separation from God’s life, and ignorance of God’s ways (4:18)—but it seems also to have included, given the larger context of Paul’s words, an incapacity to live in fellowship with others who were different (2:11-21; 4:1-16, 31-32). Throughout the New Testament and particularly in Paul’s writings, the diversity of those united with Christ and living in faithfulness to Christ is an essential part of the church’s witness to the power of the gospel.

This truth is frequently—and rightly—applied as part of our calling to racial and socioeconomic diversity. This same truth is equally relevant when it comes to bridging divisions between generations, but the intergenerational implications of this truth are championed far less frequently than the ethnic implications. The same gospel that can unite different ethnicities and socioeconomic strata can also connect teenagers with senior adults, younger singles with middle-aged parents, older singles with young couples.

J.D. Greear, pastor of the Summit Church in North Carolina, recently recounted this conversation that he shared with Bill Hybels:

“If I could do it over again, I would pursue a racially diverse church even if it meant Willow Creek became only half the size it is today.”

I heard Bill Hybels make that statement at a breakfast I shared with him back in 2006. And it’s quite a statement considering that Hybels has been a pioneer of the modern megachurch movement, practically inventing the “seeker service.” Hybels built Willow Creek, a congregation that has exceeded 25,000 weekend attenders, on the “homogeneity principle,” the idea that you can reach more people if you package your “product” for a particular slice of society—in his case, professional, middle- to upper-class white people in the suburbs of Chicago.

Knowing his heart for evangelism, I pressed him: “So you would be willing to reach fewer people just so your church could be culturally diverse?” …

Without skipping a beat, Hybels replied, “That’s a false dichotomy, because the corporate witness of racially diverse churches in America would be more powerful.”

I am convinced that the corporate witness of intergenerational churches would be no less powerful than that of racially diverse churches. Intergenerational community declares to the world the countercultural power of the gospel. Whenever a church connects people across the generations, the people of God testify visibly to the capacity of the gospel to accomplish something that the world cannot.

(3) What if we moved away from a focus on ministry specializations and moved toward a deeper reliance on the gifts of the Spirit?

My intention is not to devalue equipping people with certain skills so that they can minister more effectively with particular age groups. These skills should, however, include the capacity not only to disciple a particular demographic but also to connect this age group with the rest of the church in all of its diversity. Intergenerational ministry calls for a gospel-driven passion to bring people together who might not naturally interact with one another. Done well, intergenerational ministry requires the participation not only of staff members but also of unpaid and unordained servants who can build Spirit-empowered connections between members from a variety of age groups—all of which moves our focus away from age-specialized training and toward gifts from the Holy Spirit that transcend generational boundaries and specialties.

A NEW DEFINITION FOR FAMILY MINISTRY

So why expand our understanding of family ministry to include a dynamic not only of family-as-church but also of church-as-family? Why not simply resign ourselves to the reality that history has bequeathed to us a less integrated way of doing church? Isn’t it a sufficiently significant task to be certain that parents are “acknowledged, trained, and held accountable”?

Ultimately, I want to rethink how I have defined family ministry because I believe that intergenerational ministry matters. I am convinced that a generationally, ethnically, and socioeconomically diverse church will exemplify a more powerful witness, a more resilient faith, and a greater reliance on gifts that the Holy Spirit alone can give. With that, I propose the following new definition of family ministry:

Family ministry is the process of coordinating a church’s practices so that all members develop diverse discipling relationships and so that parents are acknowledged, equipped, and held accountable as primary disciple-makers in their children’s lives.

Choose one of the three “What if…?” questions above. Carefully and prayerfully consider your church context. What would be the answer to this question look like in your church?