At the center of God’s story stands this singular act: In Jesus Christ, God personally intersected human history and redeemed humanity at a particular time in a particular place. Yet this central marvel of redemption does not stand alone. It is bordered by God’s good creation and humanity’s fall into sin on the one hand and by the consummation of God’s kingdom on the other. This metanarrative of creation, fall and law, redemption, and new creation is the story that Christians have repeated to one another and to the world ever since Jesus ascended into the sky and sent his Spirit to dwell in his first followers’ lives. This age-old plot-line should frame every aspect of our lives. After I watch movies with my older children, I’ve found that this fourfold lens of God’s metanarrative is a helpful way of teasing out what was “true, noble, right, pure, lovely, admirable … excellent or praiseworthy” in the film (Philippians 4:8).

Since 2008, humanity’s hunger for a metanarrative has been as close as your nearest cinema. That’s when the release of Iron Man marked the genesis of the Marvel Cinematic Universe. The Marvel Cinematic Universe is not merely a series of movies, neatly sequentialized into episodes that convey a single storyline. The MCU includes a multiplicity of individual narratives. Taken together, these storylines form a master narrative—a metanarrative—that turns out to be as vast as the universe itself.

Overview of the Marvel Cinematic Universe

The Marvel Cinematic Universe and the Metanarrative of God 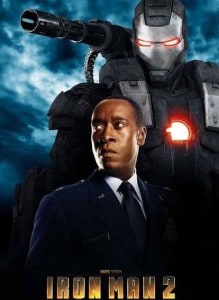 If you like these posts about the Marvel Cinematic Universe, you might also enjoy my reflections on Star Wars in Finding God in the Galaxy Far Far Away.

All MCU graphics in this post and in other posts are the property of their creators.