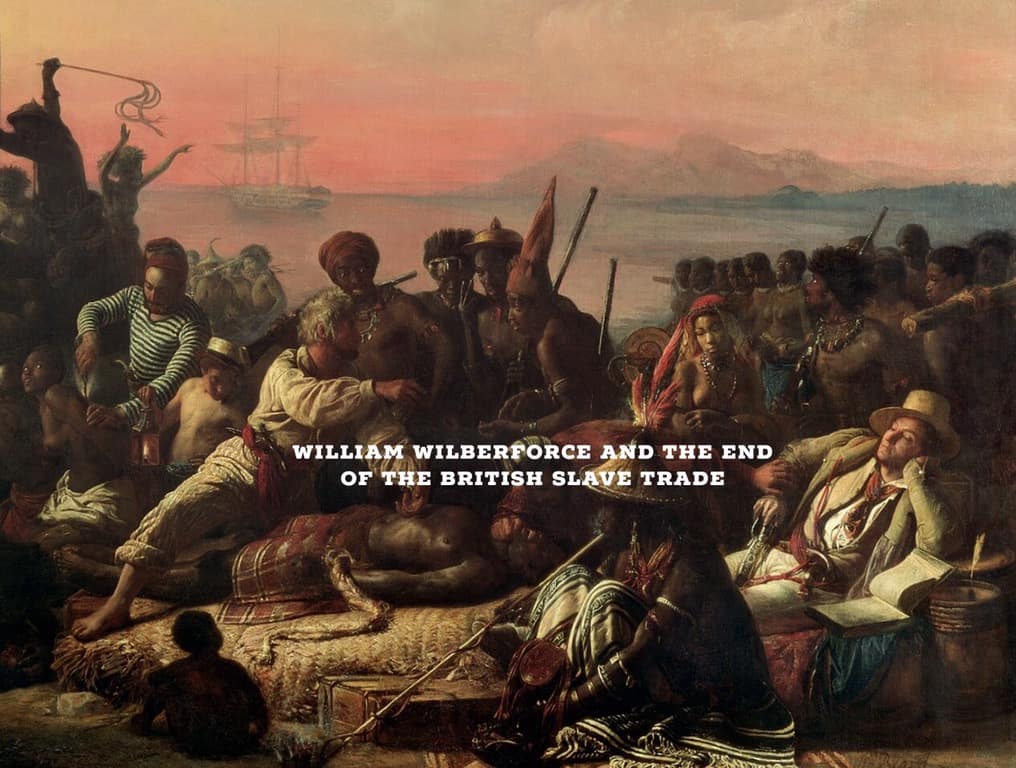 Wilberforce was short—about five feet, three inches in stature—and suffered from poor health, but he was eloquent and witty. He became a member of Parliament at the age of twenty-one. Then, in the mid-1780s, he committed his life to Jesus Christ. Deeply convicted by his own patterns of arrogance and self-centeredness, he began to consider leaving his position in Parliament.

What the Author of “Amazing Grace” Said to William Wilberforce

It was John Newton—former captain of a slave ship and author of the hymn “Amazing Grace”—who convinced Wilberforce not to abandon his Parliament post. Instead, Wilberforce began to use this position for the glory of God and the flourishing of the world. In early 1787, Thomas Clarkson provided Wilberforce with a copy of an Essay on Slavery. These two men recognized the deep evil of stealing human beings for profit and began to work together toward the abolition of the British slave trade.

The first time a bill to ban the slave trade was introduced, nearly twice as many members of Parlaiment voted against the as voted for it. A bill to end slave trading was actually passed by the House of Commons in 1792—but with the provision that any ban must be “gradual,” which practically was taken to mean “never.” And so, the slave trade continued.

Horrific suffering was inflicted on African slaves. This account from Alexander Falconbridge provides a firsthand glimpse into their torments and tortures:

The men Negroes, on being brought aboard the ship, are immediately fastened together, two and two, by handcuffs on their wrists and by irons riveted on their legs. They are then sent down between the decks and placed in an apartment partitioned off for that purpose. The women also are placed in a separate apartment between decks, but without being ironed. An adjoining room on the same deck is appointed for the boys. Thus they are all placed in different apartments. But at the same time, however, they are frequently stowed so close, as to admit of no other position than lying on their sides. …

In each of the apartments are placed three or four large buckets, of a conical form, nearly two feet in diameter at the bottom and only one foot at the top and in depth of about twenty-eight inches, to which, when necessary, the Negroes have recourse. … In this distressed situation, unable to proceed and prevented from getting to the tubs, they desist from the attempt; and as the necessities of nature are not to be resisted, ease themselves as they lie. This becomes a fresh source of boils and disturbances and tends to render the condition of the poor captive wretches still more uncomfortable. …

Upon the Negroes refusing to take sustenance, I have seen coals of fire, glowing hot, put on a shovel and placed so near their lips as to scorch and burn them. And this has been accompanied with threats of forcing them to swallow the coals if they any longer persisted in refusing to eat. These means have generally had the desired effect. I have also been credibly informed that a certain captain in the slave-trade, poured melted lead on such of his Negroes as obstinately refused their food. …

The hardships and inconveniences suffered by the Negroes during the passage are scarcely to be enumerated or conceived. They are far more violently affected by seasickness than Europeans. It frequently terminates in death, especially among the women. But the exclusion of fresh air is among the most intolerable. …

The deck, that is the floor of their rooms, was so covered with the blood and mucus which had proceeded from them in consequence of the flux, that it resembled a slaughter-house. It is not in the power of the human imagination to picture a situation more dreadful or disgusting. Numbers of the slaves having fainted, they were carried upon deck where several of them died and the rest with great difficulty were restored. It had nearly proved fatal to me also. The climate was too warm to admit the wearing of any clothing but a shirt and that I had pulled off before I went down…. In a quarter of an hour I was so overcome with the heat, stench and foul air that I nearly fainted, and it was only with assistance I could get back on deck. The consequence was that I soon after fell sick of the same disorder from which I did not recover for several months. …

The place allotted for the sick Negroes is under the half deck, where they lie on the bare planks. By this means those who are emaciated frequently have their skin and even their flesh entirely rubbed off, by the motion of the ship, from the prominent parts of the shoulders, elbows and hips so as to render the bones quite bare. And some of them, by constantly lying in the blood and mucus that had flowed from those afflicted with the flux and which is generally so violent as to prevent their being kept clean, having their flesh much sooner rubbed off than those who have only to contend with the mere friction of the ship. The excruciating pain which the poor sufferers feel from being obliged to continue in such a dreadful situation, frequently for several weeks, in case they happen to live so long, is not to be conceived or described. Few, indeed, are able to withstand the fatal effects of it.

After describing the suffering of the slaves, William Wilberforce once declared to his hearers, “You can choose to look the other way, but you cannot say again that you did not know.”

Finally, on March 25, 1807, the Abolition of the Slave Trade Act ended the slave trade in the British colonies. The house rose to its feet and cheered wildly when the results of the vote were announced. This act ended the slave trade but not slavery itself. That didn’t happen until 1833. On July 26, 1833, Wilberforce received the news that sufficient votes had been secured to abolish slavery. Three days after he heard the news, William Wilberforce passed away.

If you’re interested in learning more about the historical impact of Christianity, take a look at the book and video series Christian History Made Easy.