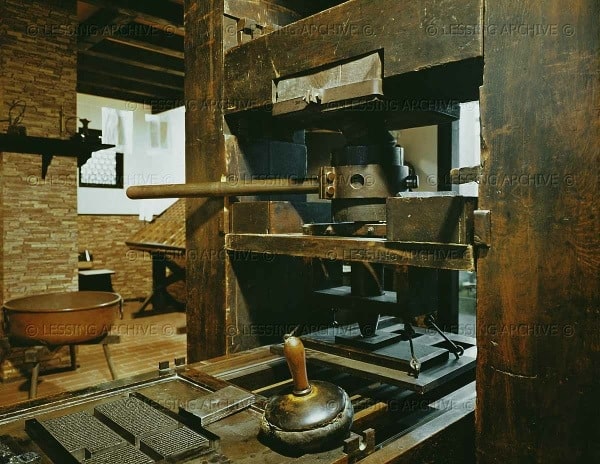 Enormous tragedies struck Europe and Asia Minor throughout the fourteenth and fifteenth centuries. At one point, three different Roman Catholic bishops each claimed to be the legitimate pope. The Black Death claimed millions of lives. Muslim soldiers conquered Constantinople, the last remaining fragment of the ancient Eastern Empire.

In the midst of these tragedies, God raised up fresh voices—John Wycliffe in England, for example, and Jan Hus in Bohemia—to turn people’s minds to the truth of the Scriptures and the beauty of the gospel. God also worked through these tragedies for the good of his people and the world.

Around this same time, a man named Johannes Gutenberg invented the first commercially-viable printing press that used movable metal type. This invention would make reading materials accessible to millions more people than ever before.

In an era of difficulty and tragedy, preachers such as Wycliffe and Hus packed a powder keg. The renaissance of interest in ancient languages coupled with increased access to literature wove a fuse. On October 31, 1517, a German monk named Martin Luther lit that fuse and rocked the world.

To gain a “God’s-eye view” of the invention of Johannes Gutenberg’s printing press, read this article.

To learn about the fall of Constantinople in 1453, take a look at this video.

30 Days through Church History: Day 16 Bonus
You are more than halfway finished!