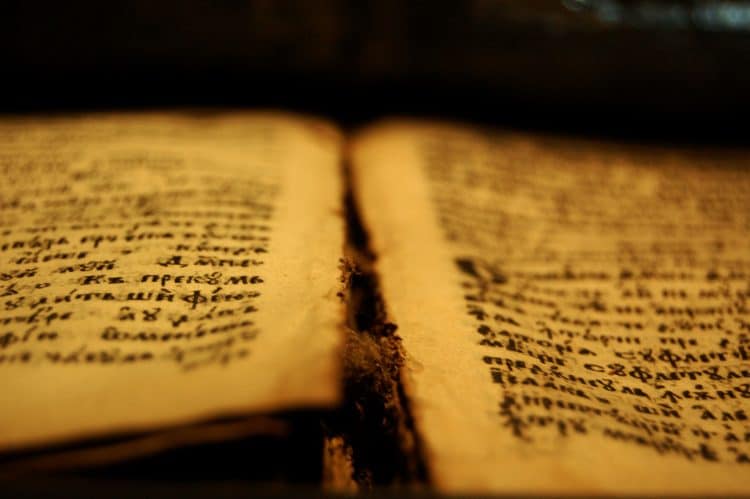 The Canon of the New Testament and the Categories of Eusebius

The suggestion continues to be made by popular skeptics that the New Testament canon was in flux for hundreds of years. One scholar claims that no one came up with “a definitive list of books to be included in the canon that matched our list today” until “the famous Athanasian letter of 367 C.E. Even the powerful Athanasius could not settle the issue once and for all.” It’s true that, in the year 367, Athanasius of Alexandria did write a letter in which he listed the same twenty-seven books that appear in the New Testament today.

But that doesn’t mean that the canon of the New Testament was in complete flux until the end of the fourth century or later!

In a recent blog post and in his excellent book Canon Revisited, Michael Kruger has provided some helpful context and clarification on this issue, using the four categories that fourth-century historian Eusebius of Caesarea employed to describe the texts circulating in the churches (see Historia Ecclesiastica, 3:25).

Category 1: “These Then Belong Among the Accepted Writings”

In the first place, most of the New Testament was never in flux at all; a clear core of texts was fixed in the churches from the time they first began to circulate. This core included the four Gospels, Acts, Paul’s letters, 1 John, and 1 Peter—texts that were known from the very beginning to have come from eyewitnesses or close associates of eyewitnesses of the risen Lord Jesus. Eusebius included John’s Revelation in this list as well, even though he himself had some reservations about this text. Still, some scholars, Kruger writes,

continue to claim there was no canon until the fourth or fifth century. But the existence of this “core” of recognized books shows that is simply not the case.  These books had been established for generations and there was never any meaningful dispute about them.

Look carefully at this undisputed core of sacred texts: four Gospels, Acts, the letters of Paul, John’s first letter, and Peter’s first letter. Even if these writings happened to be the only New Testament canon we had, every essential truth about Jesus Christ would have been preserved. Even if these texts were the sole textual basis of Christian beliefs and practices, little—if anything—would change in what Christians believe.

Category 2: “The Disputed Writings, Which Are Recognized by Many”

A few texts—such as James, Jude, 2 Peter, and 2 and 3 John—were disputed. Contrary to what some popular skeptics seem to suggest, however, the canon as a whole was never disputed. The disputes had to do with this handful of texts on the fringes of the canon. Furthermore, the disputes seem to have been primarily over whether these texts were actually produced by apostolic eyewitnesses of the risen Lord Jesus.

Some other texts—such as Acts of Paul, Shepherd of Hermas, Apocalypse of Peter, Epistle of Barnabas, and Didache—were regarded as useful for devotional reading and guidance. Yet they were rejected as authoritative texts because they couldn’t be connected to apostolic eyewitnesses. This refutes, as Kruger points out, the

impression that the existence of a canon means that the church can never (or should never) use any other books outside the canon. … Early Christians did not share this belief.  They saw nothing problematic about using books like the Gospel of the Hebrews and, at the same time, affirming that only four gospels are canonical.

Category 4: “Writings Not to Be Placed Even Among the Rejected Writings But to Be Cast Aside as Absurd and Impious”

Writings that taught false doctrines or falsely claimed to come from apostles were not merely rejected; these texts were treated as “wicked and impious” and as “forgeries,” according to Eusebius. This category included books such as Gospel of Thomas, Gospel of Matthias, Acts of Andrew, and Acts of John. There may have been instances where such texts were read devotionally, but these writings were never candidates for canonical status in the churches.

Carefully read this article by Michael Kruger as well as book 3, chapters 24 and 25, in Historia Ecclesiastica by Eusebius of Caesarea. What did you learn from this text about early Christianity? Why should every Christian know why certain books are considered “canon” but not others? How can this information help you to defend your Christian faith when talking with persons who do not share your beliefs?