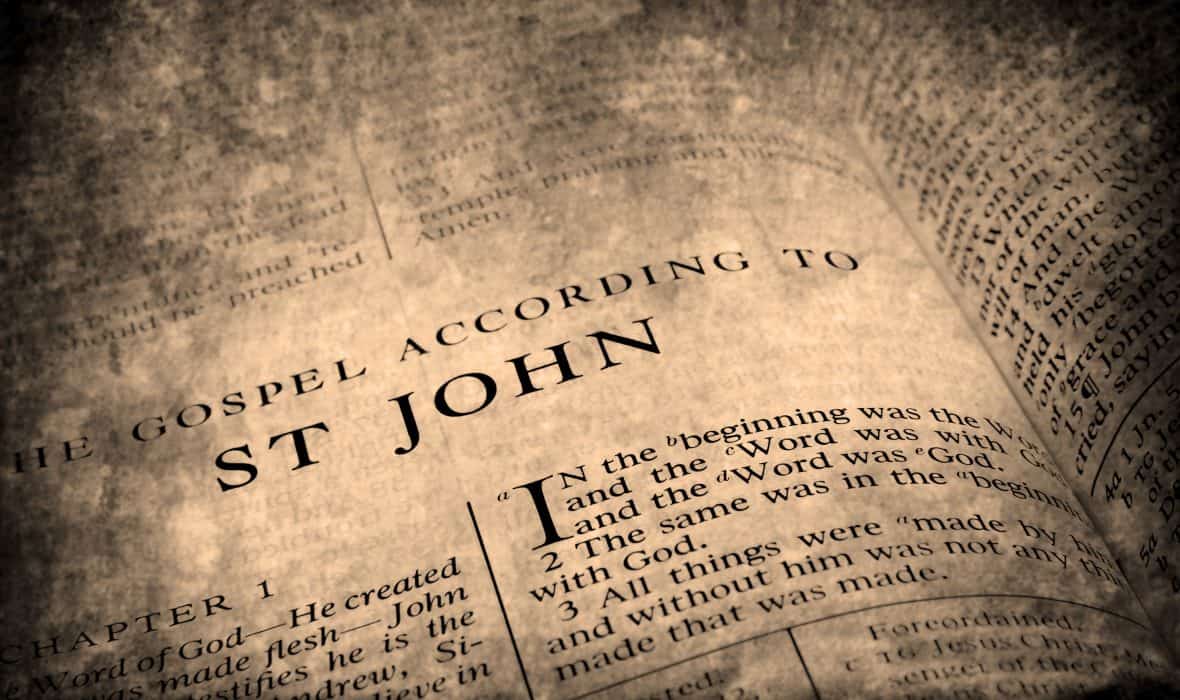 “It is an embarrassing insight into human nature that the more fantastic the scenario, the more sensational is the promotion it receives and the more intense the faddish interest it attracts,” biblical scholar Raymond Brown wrote nearly two decades ago. “People who would never bother reading a responsible analysis of the traditions about how Jesus was crucified, died, was buried, and rose from the dead are fascinated by the report of some ‘new insight’ to the effect he was not crucified or did not die, especially if his subsequent career involved running off with Mary Magdalene to India.”

This week, this embarrassing aspect of human nature has been on full display once again on television screens and news headlines. A scholar from Harvard University has presented a fragment of papyrus, allegedly copied about three centuries after the days when Jesus walked on the earth, that includes this clause: “Jesus said to them, ‘My wife.'” The news media reacted as if the five Coptic words underlying this clause had suddenly reset the entire field of biblical studies.

Public Radio International suggested that this fragment might “challenge hundreds of years of religious belief” by re-igniting “a centuries-old debate about the role of women in the Christian faith.” (Never mind that the fragment tells us little, if anything, about the role of women in Christian faith or that this debate isn’t exactly in need of re-ignition—it’s remained fairly well-ignited for a long time.) According to Bloomberg Business Week, “evidence pointing to whether Jesus was married or had a female disciple could have ripple effects in current debates over the role of women.” (Never mind that the New Testament is filled with examples of female disciples and that their existence has never been in question.) The Washington Post claimed the papyrus had renewed debates “about scholarship focused on Jesus’s marital status and the veracity of early church documents.” (What the text has to do with the truthfulness of early Christian texts, I am not sure; what it has to do with the marital status of the historical Jesus is, as it turns out, practically nothing.)

Dr. Karen King—the scholar presenting this fragment at International Congress on Coptic Studies—did admit, to her credit, that the fragment “does not … provide evidence that the historical Jesus was married.” At the same time, her decision to name the fragment “The Gospel of Jesus’s Wife” didn’t exactly lend itself to reasonable discussion and consideration.

Other scholars have already raised legitimate and pressing questions about the fragment’s authenticity as well as pointing out the irregularities in how the research was publicized. All of this kerfuffle will soon die down, quite possibly with the revelation that the fragment was a forgery in the first place.

And yet, the publicity may have raised a legitimate question or two in the minds of Christians and others—questions such as, “Why do Christians assume that Jesus wasn’t married? And would it matter if he was?” With that in mind, let’s take a quick look at the earliest historical traditions about the Messiah’s marital status.

:: What Early Christians Had to Say About the Singleness of Jesus ::

Dr. King has presented the so-called “Gospel of Jesus’s Wife” as evidence that arguments over the singleness of Jesus were a pressing issue among second-century Christians. The fragment provides “direct evidence,” according to King, “that claims about Jesus’s marital status first arose over a century after the death of Jesus in the context of intra-Christian controversies over sexuality, marriage, and discipleship.” In other words, second-century Christians were arguing about issues related to sex and marriage. In the midst of these arguments, some Christians claimed Jesus was married while others said he wasn’t.

The second- and third-century sources do not, however, support this supposition. In the first place, while certainly possible, it’s far from certain whether the fourth-century fragment known as The Gospel of Jesus’s Wife was translated from any second-century text. More likely than not, this fragment is a modern forgery. Even if we assume for a moment that the fragment is authentic, Coptic texts of this sort did not emerge in the context of “intra-Christian controversies” but from breakaway Gnostic sects, groups that had already rejected the testimony of apostolic eyewitnesses. The primary concern of the Gnostics would not have been whether Jesus was actually married but how they might portray Jesus in a way that would illustrate their own myths and rituals.

Yet what of the earliest Christian mentions of Jesus and marriage? Do they suggest intense “intra-Christian controversies” that resulted in competing “claims about Jesus’s marital status”?

In fact, in the first Christian references to Jesus’s marital status, I find no hint of competing claims about whether Jesus was married or single.

The earliest Christian writer to refer explicitly to the singleness of Jesus seems to have been Clement of Alexandria. Clement was a theologian who began teaching in Alexandria around A.D. 180. In the closing years of the second century, Clement wrote against false teachers who had declared marriage taboo; these false teachers had claimed that “marriage is the same as sexual immorality.” While arguing against these heretics, Clement commented that Jesus “did not marry” (Stromata 3:6:49).

About the same time that Clement was writing against false teachers who regarded marriage as immoral, a lawyer named Tertullian became a Christian and quickly turned his rhetorical skills toward defending the Christian faith. In a treatise urging monogamy for Christians, Tertullian of Carthage mentioned that Jesus, a lifelong celibate, had made God’s kingdom accessible even to those who—like Jesus—never engaged in sexual relations (“… ipso domino spadonibus aperiente regna caelorum ut, et ipso spadone, quem spectans et apostolus…,” De Monogamia 3). Later in the same treatise, Tertullian termed Jesus “entirely unmarried” and “voluntarily celibate in flesh” (“innuptus in totum…spado occurrit in carne,” 5).

The only potential evidences of alternative perspectives on Jesus’ marital status turn out to provide little, if any, real evidence at all.

Despite multiple media melees over the past few years that have implied otherwise, there is simply no reliable historical evidence to support the supposition that Jesus was married. The earliest references to Jesus’s marital status assume his singleness, and the writers seem unaware that anyone might think otherwise. Suggestions that Jesus had an earthly wife originated in historically-suspect sources, written a century or more after Jesus walked the earth.

There is, I would add, one more historical hint that Jesus was single. This evidence dates even earlier than the writings of Clement and Tertullian. The evidence simply this: The consistent testimony from the first century forward was that the church was to be considered the bride of Christ.

So what do all these metaphors have to do with the marital status of the historical Jesus?

If Jesus had been married, it seems that these references to the church as his bride would have—at the very least—required some further explanation. Perhaps a reference to his “spiritual bride” and his “earthly bride,” or some other shade of distinction offered to distinguish the church’s relationship to Jesus. Yet these statements, some of which can be traced back to eyewitnesses of the life of Jesus, are made with the assumption that the church is Christ’s bride and he has no other bride, whether spiritual or terrestrial. This is admittedly a suggestion from silence, but—given the consistent metaphorical references to the bride of Christ in early Christian documents—this silence regarding any earthly marriage is significant.

:: Why the Singleness of Jesus Makes the Most Sense ::

Several years ago, The Da Vinci Codebreaker—a book I cowrote with my friend Jim Garlow—hit the bestseller lists about the same time that Sony Pictures released the movie The Da Vinci Code. As a result, dozens of television and radio stations interviewed one or both of us in the space of a few weeks. At some point during that flurry of interviews, one interviewer asked me, “Why are you so against the idea that Jesus was married?”

The idea of a married Messiah wasn’t rejected among the earliest Christians because such a revelation would cause the Christian faith to fall apart—it might cause theologians to rethink the way they frame some doctrines, but no essential belief in the Christian faith hinges on the singleness of Jesus. A married Jesus wasn’t rejected because early Christians wanted to degrade the gift of sexuality—with few exceptions, they didn’t. The marriage of Jesus didn’t become part of the church’s story of Jesus for a single reason: In all the eyewitness testimonies to the life of Jesus and later reflections on his life, no reliable proof exists for such a marriage. The announcement of a so-called “Gospel of Jesus’s Wife” has done nothing to change that fact.
________

For further reflections on Gospel of Jesus’s Wife, see here and here.