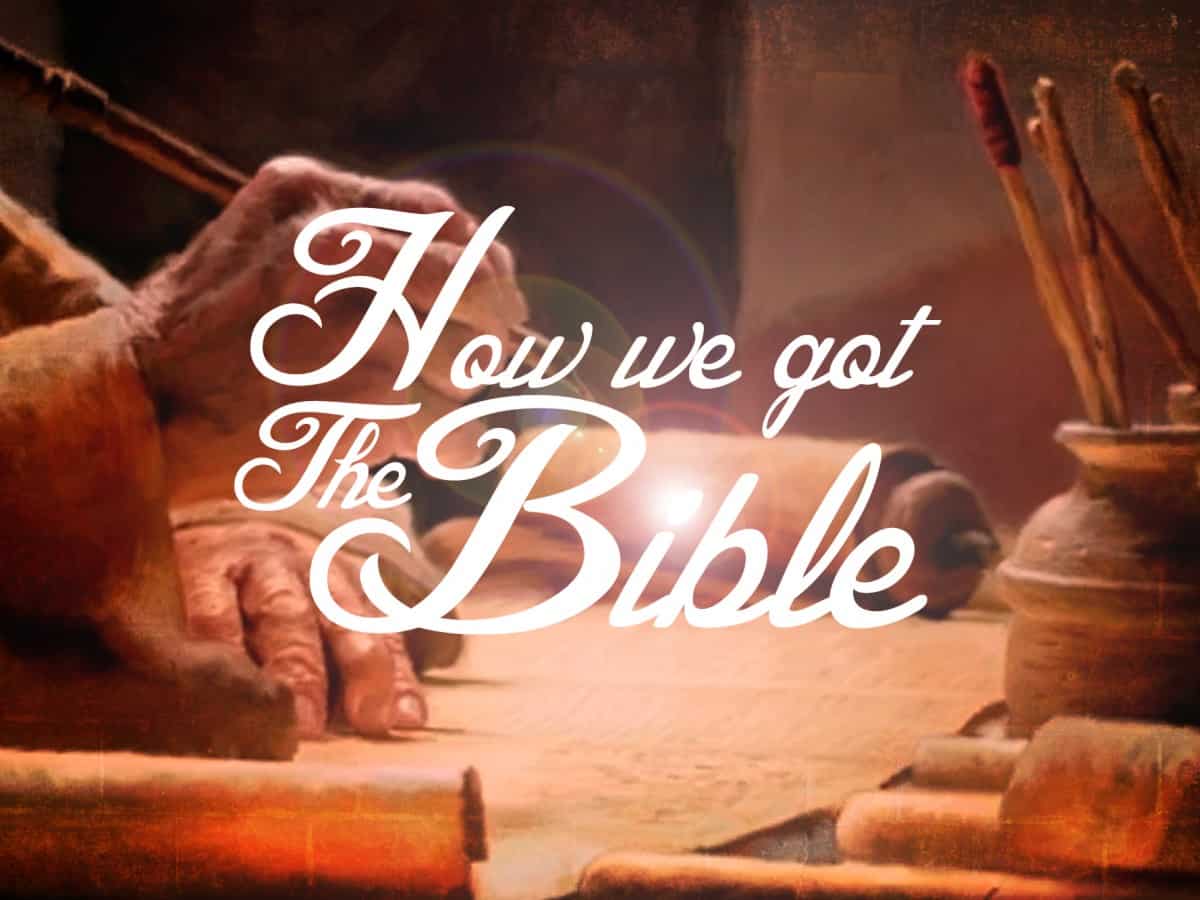 Here are a few of the topics I cover in this book and video series:

Both the book and the video series are packed with full-color pictures and easy-to-understand explanations of how the Bible made it from the mind of God to the words you read today. The text is written at a high-school level so that almost any member of your church can comprehend it.

Why Did I Write How We Got the Bible?

So what caused me to become so interested in how we got the Bible?

My interest in how we got the Bible began when I couldn’t find the Textus Receptus.

I grew up in a succession of churches where the King James Version was seen as the sole reliable rendering of the Scriptures. The primary enemies of Christian faith in these congregations were rock music, Russian Communists, and every translation of the Bible other than the King James Version—or at least that’s how it seemed to me as a teenager.

By the time I started college, the Berlin Wall had been in shambles for nearly a year; so, Communism was seeming like less and less of a menace. Petra and Stryper—the two primary bands in my cassette collection—probably used enough hair spray to threaten the global supply of Aqua Net, but their brand of rock music posed little threat to my faith. I remained quite convinced, however, that every translation other than the King James Version represented a seething cesspool of heresy.

According to what I’d been taught, the Word of God had been perfectly preserved with no variants for nearly two thousand years in a mystical manuscript known as “the Received Text”—or “Textus Receptus” in Latin. The translators of the King James Version had worked from this perfect text when they translated the Bible—or so I’d been told. Sometime in the nineteenth century, liberal scholars began using corrupted manuscripts to prop up their attempts to change the Bible. Every translation completed after 1611 was a product of this liberal assault on the Scriptures, according to what I’d heard.

When I started learning about Greek and Hebrew and the origins of the Bible in college, I wanted to defend the perfectly-preserved Scriptures. And so, I decided to learn more about the Textus Receptus. One of the first tasks I undertook was to determine where the Textus Receptus was kept today. Once I began looking for this manuscript, many of my assumptions about the Scriptures began to crumble.

What I found out first was that the Textus Receptus wasn’t an ancient manuscript at all. The phrase “Textus Receptus” referred to an entire succession of printed Greek New Testaments that could be traced back to a text published in 1516 by a Roman Catholic priest named Erasmus—and not one of these editions agreed word-for-word with the others. What’s more, the translators of the King James Version New Testament had worked from at least a couple of different Greek texts that traced back to Erasmus’s text—Theodore Beza’s 1598 New Testament and a 1550 edition from Robertus Stephanus—and not even these two Greek New Testaments were completely identical. Then, there was the fact that the phrase “Textus Receptus” hadn’t even been applied to this family of Greek New Testaments until 1633—twenty-two years after the King James Version was published. In short, everything I’d been told about the origins of the New Testament turned out to be untrue.

It took me several months to wrestle through these challenges and several others that emerged alongside them. In the end, I left behind my trust in the supremacy of one single version of the Bible—but I ended up believing more than ever before in the truths that the Bible taught. I never did find that one fabled manuscript that preserved every syllable of Scripture without a single variant. What I found instead were thousands of manuscripts that, taken together, have preserved the Word of God sufficiently for us to trust and to follow Jesus Christ.

What I worked to develop in How We Got the Bible Made Easy is the type of resource that I needed back then as I struggled to understand the origins of Scripture. My hope has been to produce a book that was honest about the many difficulties in the biblical manuscripts. Yet I also wanted readers to understand why these differences should never distract us from total trust in the inspiration and inerrancy of the Scriptures. 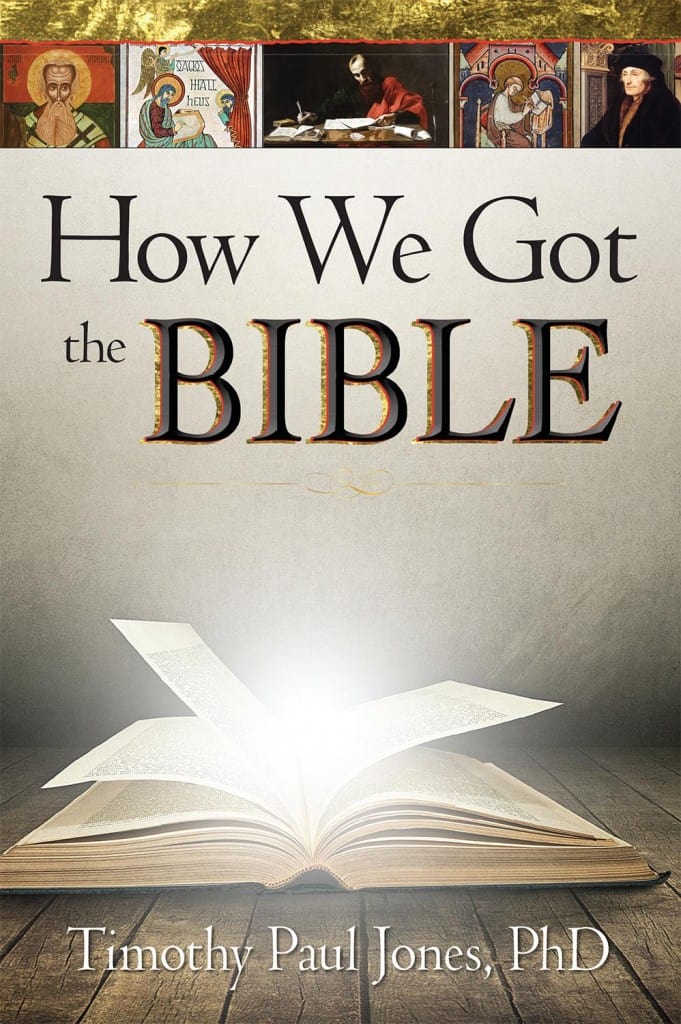 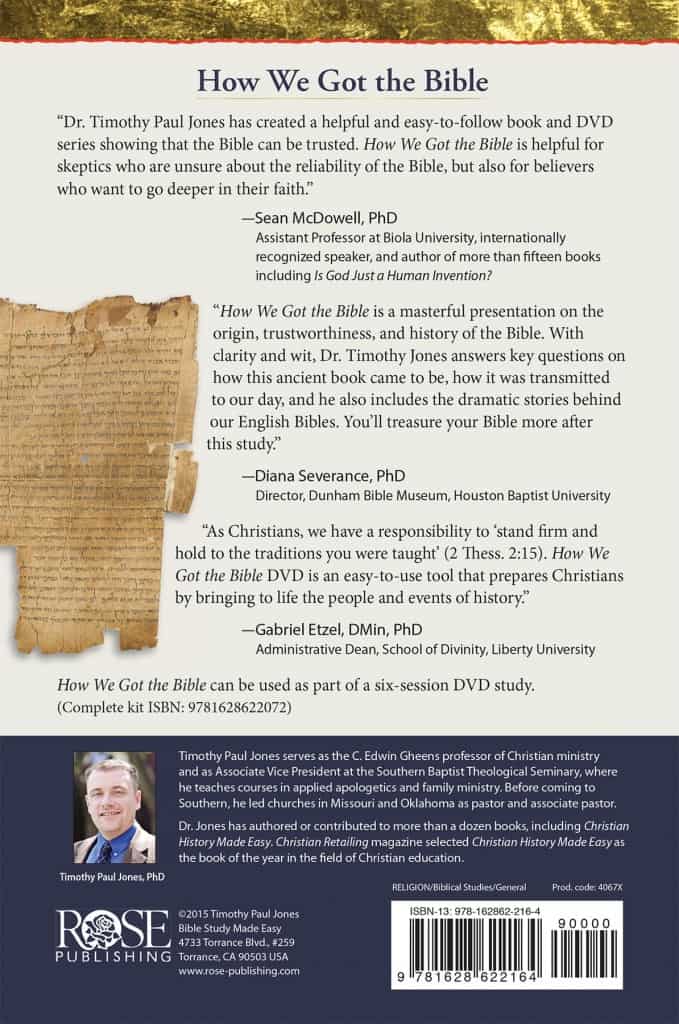